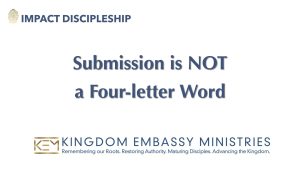 Submit to the Ordinances of Man for the Lord’s Sake What do that look like when God and man have conflict? “Now when they saw the boldness of Peter and John, and perceived that they were uneducated and untrained men, they marveled. And they realized that they had been with Jesus. And seeing the man who had been healed standing with them, they could say nothing against it. But when they had commanded them to go aside out of the council, they conferred among themselves, saying, “What shall we do to these men?

For, indeed, that a notable miracle has been done through them is evident to all who dwell in Jerusalem, and we cannot deny it. But so that it spreads no further among the people, let us severely threaten them, that from now on they speak to no man in this name.” So they called them and commanded them not to speak at all nor teach in the name of Jesus. But Peter and John answered and said to them, “Whether it is right in the sight of God to listen to you more than to God, you judge. For we cannot but speak the things which we have seen and heard.” Acts 4:13-20 NKJV