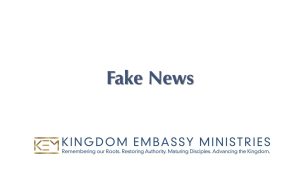 It’s amazing how the Bible remains so relevant every day of our lives. Even though the following ideas were written almost 3500 years ago, just meditate on how relevant they are at this very moment. “Do not spread fake news. Do not help a guilty person by being a lying witness. Do not follow the mob mentality into doing what is wrong. When you give testimony in any legal matter, do not pervert justice by taking sides in favor of the mob mentality.”

Yes, we stand at a crossroads in history. Will you bend to the expedient pressures of the day? Will you conform to the ways of the world or, in other words, the mob mentality? Or will you hold fast to the truth? Many key moments in history were defined by what the leaders of the day had done. Did they do what was right or did they follow the crowd? Today’s crowd shows up as a new breed of “democracy.” The mob rules in the way of Mainstream Media; Social Media; Hidden Agenda Groups; Virtue Signaling; Institutional Brow Beating; Faith-Based Complacency; and Cognitive Dissonance.

But, all is not lost for those in Christ. You have in you the call to practice righteousness and the anointing to know the truth. And for those who hate Christ, well, there is a different fate; Yahweh will arraign them and set His accusations against them. That is what is in store for those who pervert justice in favor of the mob!