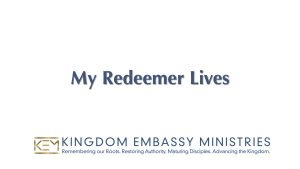 There are times when arguing about minute details is a waste of effort, even contrary to your intended outcome. You must be wise to recognize when the little things matter and when to let them go. It is often said, “Don’t sweat the small stuff; and it is all small stuff.” I agree with the first half of this epitaph, but strongly oppose the latter.

At times, the smallest of what seem to be ancillary ideas, have the most poignant relevance. In one place we read the serious instruction of a spiritual father to his son, “Don’t give heed to fables and endless genealogies, which cause disputes rather than godly edification which is in faith.” And yet we also see in the first census of Israel, how Moses and Aaron “took a man from every tribe, each one the head of his father’s house, and recited their ancestry by families.” It seems in this case genealogy mattered!

And then we have Matthew, the writer of the most comprehensive Gospel, who opens his greatest life’s work with microscopic details; “The book of the genealogy of Jesus Christ, the Son of David, the Son of Abraham…” His ensuing words seem like “endless genealogies,” a meticulous list that fills space, but seems to lend no deeper meaning to the narrative. Be honest, how many times have you read Matthew? And how much attention have you given to those first seventeen verses? Be honest! By the way, if you had, you’d have noticed the serious math error!

But then, if you get out your prophetic magnifying glass, you’ll notice he mentions five very significant women, all named in what is usually reserved for a line-up of men. And they all have one thing in common; can you guess? One woman in particular alludes to something so significant that it could be the entire reason Matthew included the genealogy. Yet, it is a microscopic detail, strikingly easy to overlook, and likely you never noticed it! Hint: It’s NOT Mary.