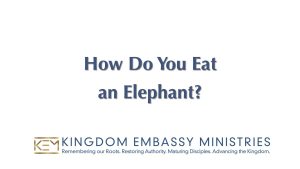 Do you ever feel discouraged? Of course you do. How often is it because you are certain that God has made certain promises to you, and yet there is one disappointment after another? The twists and turns of the unexpected can get pretty exhausting, don’t you agree?

I’ll let you in on a little secret, one hiding in plain sight. Yahweh’s delay is not Yahweh’s denial. The Scriptures are filled with God’s promises and we could fill a book with how many times the journey towards those promises goes sideways. Wait a minute, we already have the book that is filled with those stories.

But seriously, you could probably fill a book with your own stories. And what I want to share with you today is how to be encouraged, even in the midst of what seems like a complete denial of God’s promises. Just think about Joseph; he had a few really incredible prophetic dreams in which he was promised a powerful role in leadership, however, on his journey he was stripped naked, sold into slavery, accused of rape, thrown into prison, and seemingly forgotten. And consider Tamar, Judah’s daughter-in-law, as she was promised three successive husbands from the sons of Judah, yet she remained childless.

Well, Joseph ultimately landed in command of the most powerful nation in the world, and Tamar gave birth to a son from whose line came the Messiah. No, God’s delays are definitely not His denial. They are just part of a much bigger plan. Think of if this way: How do you eat an elephant? Answer: One bite at a time!