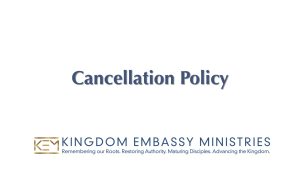 If more people could recognize how many things in our everyday lives were copied from the Holy Scriptures, less people would resist the truth about the one and only God. For instance, think about the seven-day week. The whole world agrees to it, organizes everything around it, and is willing to run their personal lives and businesses by it, and yet they fail to recognize it comes directly from the Bible. Even the most staunch evolutionists, who abhor the idea of creation, blindly and comically submit to a seven-day week. It’s really hysterical when you think about it.

This is true in other areas as well. Take the legal world, for instance. It copies concepts straight from the Bible. For example, in contract law, you must have a valid offer and acceptance. All parties involved must have the capacity, legal standing, and soundness of mind to enter the agreement. And what will be exchanged between parties must be deemed fair and equitable in advance. In addition, many types of contracts include a three-day cooling-off period, so those entering the agreement have a way to back out of their commitment without recourse after they’ve had adequate time to consider all the obligations and ramifications that would be included in their commitment. Can you believe it? You have three days to make sure you have entered an agreement you are willing to keep? Why three days? Where have we seen that before? Oh, right here at Mount Sinai.

First, God reminds the people what He has done for them to bring them to this place and that they are His chosen, so it’s well established that they have the mental capacity and legal standing to enter an agreement with Him. They had a legal offer on the table; had already agreed it was beneficial and had already accepted. That should have been enough to seal the deal! But instead, God says, “Go tell the people to get ready, because on the third day I am coming down to ratify our agreement!” And, after you’ve had three days to consider all the ramifications, if you still say yes, then there is no backing out!

To simplify, there are two sides to every agreement. God’s side is locked-in and guaranteed from the start, but you have three days to really think about what you are committing to, and if you want to opt-out during that period—fine. But, if you don’t, then the contract is set in stone, and you will be held accountable for your side of the bargain.