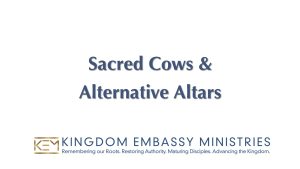 We are all familiar with the outrageous act of service performed by our Savior after dinner, on the night He was betrayed. It’s a moment in history about which books could be written. We can approach what He did from many angles: a mysterious lesson, a convicting exposé, an act of selflessness, a demonstration of serving leadership, an example of how to live, an exhibition of pure humility, a tutorial on priorities, or the substance of deep inspiration and reflection.

However, there is one exchange with Peter that really cuts to the marrow and which reveals the gravity of the situation. It’s truly unexpected and might even seem out of character or inappropriate, considering the finality of the moment. Peter is adamant that His Teacher and Lord “shall never wash his feet!” It’s a highly charged and emotional scene, and it’s completely understandable why Peter would feel as such. He’d much rather switch positions and hold his Master’s feet in his hands. He’d certainly prefer to cleanse the dust and dirt from between his Rabbi’s toes, than let his teacher soil His holy hands. Y’shua knows it, and meets Peter’s resistance with an explosive retort, “If I do not wash you, you have no part with Me.” And that is what we must explore today. What does He mean?

What had inspired such a serious ultimatum? Why was the washing of His disciples feet so critical? What was the deeper prophetic warning? We find clues buried in the words of the Jews who marveled at His insight; “How does this Man know letters, having never studied?” And the secret to His wisdom becomes apparent by His elegant, yet simple response; “My doctrine is not Mine, but His who sent Me.”

Yes, many books could be written about Y’shua’s actions after dinner that night; but His admonishment of Peter might be the most revealing of all. And you cannot fully appreciate to what He was referring, until you comprehend His masterful insights into the Laws of Moses. When you do, you will recognize that His resounding retort remains relevant even today! Paul also mastered this same understanding of the law; “Do we then make void the law through faith? Certainly not! On the contrary, we establish the law.”