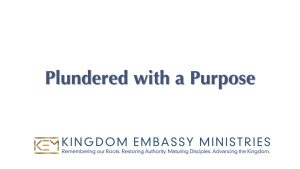 I don’t know about you, but it blows my mind how much wealth is obtained by those who produce absolutely nothing of any value. In particular, I’m thinking of the guy who garners millions of followers because he records himself playing video games. Let’s take a breath and consider what I am saying here. His job is to play a video game, which is basically the pinnacle of living in a fake world. But then it gets even more bizarre when he screen captures himself playing that game, while simultaneously offering real-time commentary. Can you picture this insanity?

Apparently, millions of people will then desire to watch the guy play that fake game, not actually playing the fake game themselves at the moment, but instead, they mindlessly watch him play the fake game. And this absurdly meaningless activity can potentially net the fake-game-playing-video-recording-guy MILLIONS OF DOLLARS PER YEAR.

And this is just one example of countless meaningless things people get paid handsomely to do. In comparison, the President of the United States earns $400,000 per year; a General in the United States Army earns $225,000 per year; and an Air Traffic Controller (that’s an important job!) earns around $120,000 per year. And the fake-game-playing-video-recording-guy… millions of dollars per year. But one thing they all have in common is that God controls the wealth. And God will not allow you to gain wealth just to please your own selfish desires. If you have accumulated great wealth, God has plans for it! I’m reminded how God promised Moses, at the burning bush, that Israel would leave Egypt with great wealth, and then at the Exodus when that promise was fulfilled. Curiously, it’s not until the construction of the Tabernacle, the House of God, that we see why they accumulated those riches. Revelation! We are the “House of God” in whom He dwells, and that promise extends to us. Yahweh will transfer the riches of Egypt to build His house!

So, watch the pagans build bigger barns, and store as much as their hearts desire, because God has stored up the wealth of the nations for His people. In other words, if you’re wealthy, then use it to do God’s work. You can do so willingly, or be dragged kicking and screaming; either way—it is all His!