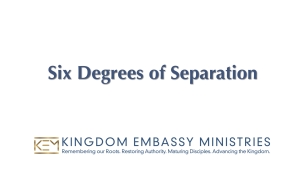 I don’t decide what is true; I just report it. And quite frankly, it does not matter if you like it or not. Truth does not bias itself; and it has no allegiance to anything, other than itself. And maybe the worst part about the truth is that it hurts sometimes. You’ve heard that phrase, haven’t you? Here’s why it hurts. The truth exposes pretense, everything that isn’t right, real and authentic; and unfortunately for many of us, gentle Jesus is a specialist in truth.

“Truly, truly I say to you…” Y’shua said that twenty five times in John’s Gospel. And that leading phrase with a single “truly” appears fifty additional times in the other three Gospels. “Truly” is the word translated as Amen, from both the Greek and the Hebrew, and when it inaugurates an idea, it claims something about the nature of the truth that follows. It asserts that the claimant has intimate, personal, and firsthand knowledge about, and authority over the subject matter. When repeated, as in “truly, truly,” it is an almost audacious claim from Y’shua that the truth that follows is His own original idea. Y’shua is saying that He is not merely aware of these truths, He is the originator and author of them. That itself was revolutionary! Why?

What is so rattling about Y’shua staking claim to those original ideas? Sure, claiming that an idea is original is both radical and presumptuous. But, it becomes even more tortuous when we overlay Y’shua’s assertion that He also said nothing, other than what His Father told Him to say. Think about the implications of His claim; “This truth originates from Me, and I only echo My Father’s words.” So, how could all those ideas have originated from Him, unless… unless He was also boldly proclaiming that He and His Father are ONE? This too is a radical paradigm-shifting revelation, truth worthy of, “Truly, truly, I say to you, before Abraham was, I AM; and He who has seen Me has seen the Father.”

It’s time to grab the shovel! Dust off the archeologist’s pick. Sharpen the scalpel; we are about to do some exploratory truth surgery! We are going to unpack the truths that literally separate God’s people from everyone else. Are you willing to square off with reality; to become completely vulnerable to truth? If you dare submit yourself to this experimental procedure, first sign off on the release of liability—because someone is going to get hurt. Yes, too often the truth hurts.

Let’s get started, but to participate you must be willing to measure your temperature by each of these six degrees of separation. Truly, truly… (1) submit yourself to an intense sober self examination; (2) expose your deepest inner desires; (3) pick the gate that leads to either the wide or narrow road; (4) let others taste the fruit that grows on your tree; (5) look into the mirror and face your real identity; (6) and choose the foundation on which to build your life. Oh, and if you think you can fake any of it, know this: “Truly, truly, no one can hide from the Originator of truth; all things are naked and exposed to Him, and you will be held accountable to everything He sees, which is, well, everything—truly, truly.